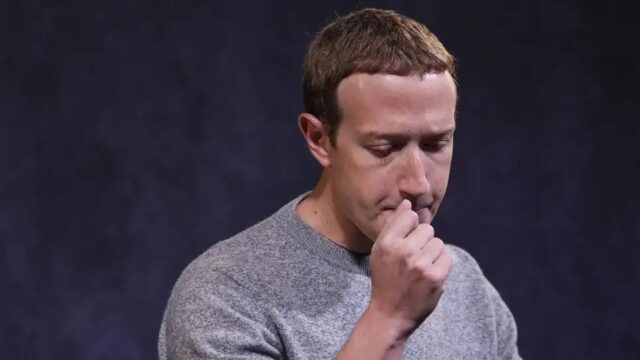 ‘I got this wrong, and I take responsibility for that,’ says Zuckerberg in a memo to staff

Rumors have swirled this week, and now it’s confirmed: Meta, the owner of Facebook, WhatsApp, Instagram and Oculus VR, is sacking 13 percent of its workforce, a total of around 11,000 employees out of work. This comes in the wake of the company having spent an extraordinary $15 billion on its so-called “metaverse” project.

Confirmed in a post to Meta’s site today, Zuckerberg messaged his employees in a contrite tone. “Today I’m sharing some of the most difficult changes we’ve made in Meta’s history,” the billionaire CEO began, continuing, “I’ve decided to reduce the size of our team by about 13% and let more than 11,000 of our talented employees go.”

Explaining why he believes this needs to happen, Zuckerberg lays the blame at a convenient universal gimme, Covid. Except this time, that Covid was too good for them as a company. Citing “outsized revenue growth,” as a result of people spending more time (and money) online during lockdowns, the boss (who is not taking a pay cut) adds, “Many people predicted this would be a permanent acceleration that would continue even after the pandemic ended. I did too, so I made the decision to significantly increase our investments.”

“Unfortunately,” Zuckerberg says, this didn’t happen. He then references the “macroeconomic downturn, increased competition, and ads signal loss,” saying these have all led to much lower revenue than expected. Then, crucially, he adds, “I got this wrong, and I take responsibility for that.”

What he doesn’t mention at all is that the company wiped out its massive revenues on Reality Labs, the disastrous metaverse project that even the company’s own developers don’t want to use. The goal of the metaverse, if it can be said to have one, is to create some manner of online VR space where people will want to spend their time and money, which as yet has not proven at all popular or successful.

With $15 billion spent on the project since 2021, and with Insider reporting that no one is saying exactly where all that money went, that’s seen average quarterly revenue reduced to $30 million since. It seems an enormous elephantine subject to have left out of Zuckerberg’s statement, not least when he says he’s “shifted more of our resources onto a smaller number of high priority growth areas,” which incredibly includes “our long-term vision for the metaverse.”

We have reached out to Meta to ask about exactly this, and why Zuckerberg doesn’t refer to this spending in his memo. Unfortunately, their only response was to link us back to the memo we were asking about.

Fired staff will be receiving 16 weeks of base pay, plus two extra weeks’ pay for each year of employment, plus all their remaining paid time off. They and their families will also get health insurance for six months, three months of career support, and vitally, immigration support. Overseas employees will receive similar support.

However, affected staff will also be finding their access to most Meta systems is now cut off, although they’ll get to use their email address for the rest of the day.

Meta is also announcing some sweeping cutbacks. Desk sharing will be introduced for staff who mostly work from home, real estate is being sold, and there’s a hiring freeze through Q1 next year.

“This is a sad moment,” says Zuckerberg, acknowledging that even those who are staying will be worrying about their future. With trademark hubris, in the face of laying off 13% of his staff, the Facebook founder then adds, “I believe we are deeply underestimated as a company today,” presumably referencing that the company’s shares have fallen to 30 percent of where they were at the start of 2022.