Home Latest News Family Swaps Their Mortgage for Motorhome to Travel USA and Have No... 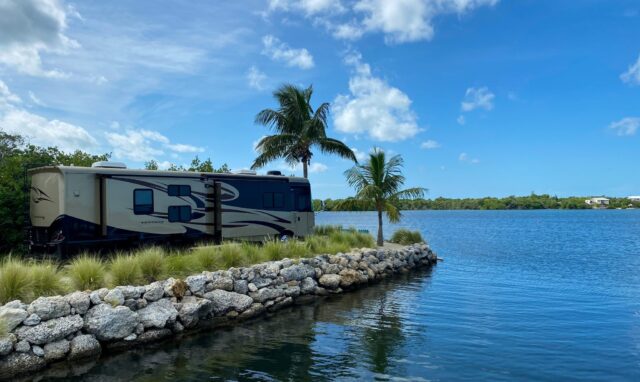 An American family that decided to sell their house and travel the country in a motorhome say they have no regrets, as well as a savings per year of more than $30,000.

After renovating a 300 square foot motorhome in March 2021 they hit the road, homeschooling their kids, working remotely, and exploring the country.

Jen Omohundro and her husband JR made the leap from mortgage to motorhome after hearing a podcast about a family doing the same. What started as a pleasant day dream got serious after Jen was shocked that JR was game for the big decision.

“The family was talking about how incredible it was and what the kids were then experiencing,” said Omohundro. “I thought it sounded so unique and cool, but I never thought my husband would go for it. But he surprised me and said he would be up for it.”

“We started researching how we’d go about it and a week later we’d put our house up for sale.”

That was in mid-2020. Now the family have visited 36 states, typically spending up to two weeks in each spot in order to thoroughly experience the region,

The family spent $314,000 on their motorhome, spent an average of just under $800 on fuel a month and an average of $1,450 on motorhome sites, which amounts to around $1,850 in savings per month compared to mortgage payments and utilities.

Except that it’s the non-monetary equations that matter most—like the opportunity to go ziplining in the foothills of Pikes Peak or kayaking in the Mangroves, all the while exposing their 14-year-old daughter Kelsey and 10-year-old son Lane to all kinds of real world experiences to match what they’re learning in school.

“We’ve had so many experiences as a family that we never would have had without doing this,” said Omohundra. “We’ve done mountain hikes, swam with whales, and ridden on a pedal railway.”

“Home schooling has been great for the kids as we use an online program but back it up with real experiences. My son is now a year ahead of where he would be if he was still in school,” she added.

“We took them to an archeological site where they were digging up mammoths, it was amazing. We love this lifestyle, but we’ll always go with the flow and what is best for the family.”

They’ve since upgraded to a 400 square foot motorhome, which has given them their own rooms, but they maintain that if the lifestyle ever becomes too much or too little as the case may be, they remain open to buying a house again.